"My stomach area is tighter and more toned than it has ever been in my life!"

New year, new you. You read the words, and you know what you want them to mean. This will be the year you sculpt your body into the chiseled shape that is sure to be coveted by all your friends. Except for the sweat you pour out at the gym doesn’t produce the results you want to see. Trouble spots like the abs aren’t getting toned, and your backside is still a drooping mess of flab. What’s next, more sweat? What if there was a more efficient way to meet those New Year’s resolutions?

There are many ways to sculpt the body today, but only one works with the natural processes of the body to not just shed fat, but also work the muscles for naturally attractive contours. EMSCULPT by BTL is a nonsurgical treatment designed to tighten muscles and burn fat by simulating an intense workout session. In just four quick treatments over a period of two weeks, you will see results comparable to many months of sweating it out at the gym. Tighter glutes, firmer abs and a more toned body overall are what you can expect from the EMSCULPT program.

California Dermatology Care is now offering patients EMSCULPT treatment sessions right in our office. With the addition of the EMSCULPT device by BTL, we can provide another alternative in body contouring for our patients that are not getting the results they want from their workouts alone. Contact our office now to find out if EMSCULPT is the right choice for you.

THE TROUBLE WITH FAT

Weight gain is something few of us can avoid, particularly as we see more candles on the birthday cake. Even when you make healthy food selections and hit the gym regularly, the numbers on the scale can start to rise. There are many culprits behind this change, including:

As you can see from the list, some of these factors are under your control – and others or not. Perhaps it is not entirely your fault you have packed on a few extra pounds. At the same time, even if you can control the amount of weight you gain by counting calories and working out, you can’t control where the weight comes off. Trouble spots like the midsection or backside don’t always receive the full benefit of your efforts, unfortunately. The good news is EMSCULPT picks up where your workouts leave off.

The secret behind EMSCULPT’s success is an innovative technology known as high-intensity focused electromagnetic energy or HIFEM. This FDA-cleared device uses the technology to deliver forced muscle contractions into the treatment area, burning fat and building muscle at the same time. Different patterns of contractions are created throughout the brief treatment session, allowing us to tailor your treatment to the level of correction you need the results you hope to achieve.

When we say EMSCULPT ramps up your workout program, we mean what we say. The device induces 20,000 muscle contractions in each 30-minute session, which is akin to performing 20,000 squats or crunches during that same time frame. If you complete four sessions of EMSCULPT, which is recommended for optimal results, you will have performed 80,000 of these exercises. Consider this – if you did 100 crunches every day, it would take you 800 days to achieve similar results. With EMSCULPT results may start to become noticeable immediately following your first treatment and will continue to improve in the weeks following your procedures. 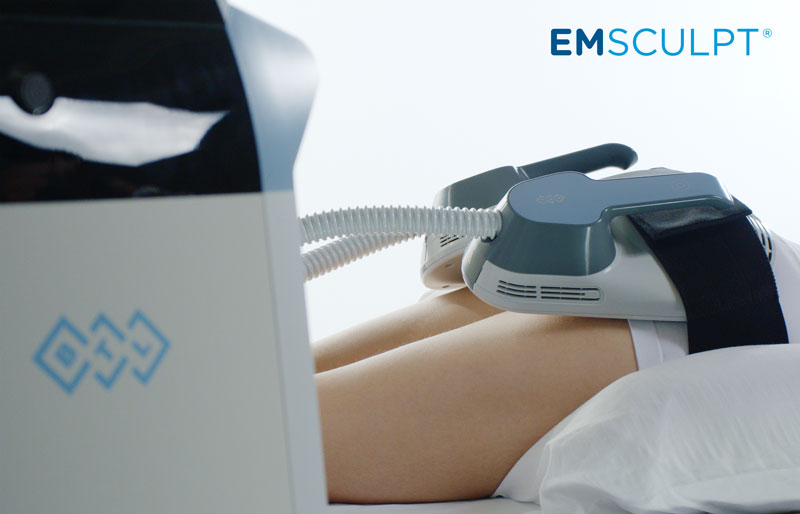 EMSCULPT may be revolutionary, but it is also proven. The device has been the subject of seven clinical trials to test both its safety and its efficacy. Four of the studies focused on how EMSCULPT works on the abdomen. The following diagnostic tools were used in those studies to get an accurate assessment of the changes brought about by EMSCULPT treatments:

A fifth histological in-vivo study was also performed to determine changes to subcutaneous fat after an EMSCULPT treatment. This study found the procedure caused a rapid metabolic reaction which allowed the body to burn fat cells five times faster than usual. Other studies discovered benefits to the buttocks after EMSCULPT treatments, including visible lifting effects in 80% of the patients that underwent the procedure. The results of the studies indicate EMSCULPT is beneficial to both men and women and successful in treating common problem areas including the abdomen and buttocks.

The results of these studies showed the following:

Jason is a middle-aged professional who doesn’t have as much time for the gym as he once did. Still, he manages to get there a few times a week, and while he’s there, he is focused on getting the most out of his workouts. Why aren’t the results showing up the way he expected? There could be many reasons why Jason can no longer get the outcome he could when he was in his 20s, and many are out of his control. However, he can turn to EMSCULPT to put the finishing touches on his six-pack and achieve the body of his youth once again.

Men who seek EMSCULPT are typically looking for a way to restore their six-pack. EMSCULPT is the perfect tool to achieve this goal since the process builds the lean muscle in the midsection to produce a naturally sculpted appearance. The other advantage for men is that the nonsurgical approach allows them to return to their daily schedule immediately following treatment, without any evidence they just had a body contouring procedure performed.

Results from EMSCULPT appear gradually, so you can attribute your new abs to the extra hours at the gym, rather than a cosmetic procedure if you prefer. Within two to four weeks after your last treatment session, you should notice a significant improvement in the definition of your midsection. Those improvements can continue for up to six months. Your positive results should be long-lasting after the improvements are complete so long as you maintain a healthy, active lifestyle.

Sarah has always been proud of her appearance because she has worked hard to maintain her trim shape. However, the births of her beautiful two children changed her life for the better – but her body for the worst. Now, no matter how many crunches or lunges she does, Sarah can’t get her pre-baby body back. While she is crazy about her family and her role as a mom, she can’t help but wish for that body once again. For Sarah, EMSCULPT can help her see her pre-pregnancy body come to shape once again, by focusing on those problem areas where pregnancy took its toll.

Women might also seek EMSCULPT for tightening and toning the midsection. However, this device offers the added benefit of firming up the gluteal muscles, giving you a lifted, more curvaceous backside as well. This advantage tends to appeal to female patients more often, particularly those that have never had sufficient curves from behind or have noticed their buttocks beginning to droop and sag over time. 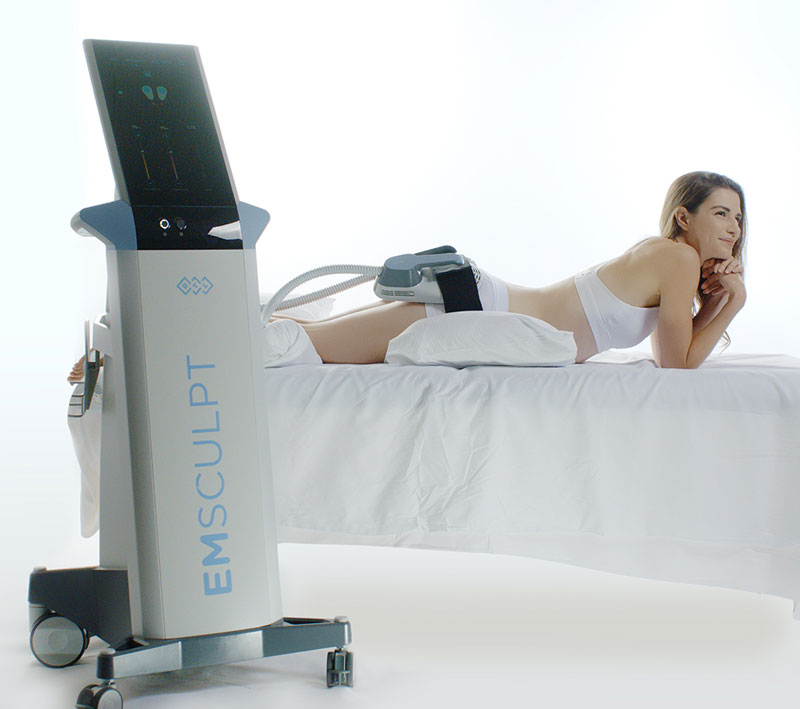 ARE YOU FRUSTRATED BY STUBBORN FAT?

The female abdomen can experience changes over time due to more than weight gain. Pregnancy and childbirth take their toll on a woman’s body, stretching the abdominal muscles apart and creating a permanent bulge in the midsection that makes you think twice about wearing your favorite body-hugging dresses. While crunches can help you reverse some of those changes, they can’t pull the muscles back together or eliminate the tummy bulge.

EMSCULPT has been shown to correct those issues, reducing diastasis recti or the separation of the abdominal muscles by up to 11 percent. The procedure also flattens and tones the abdomen to create a more attractive body contour. Results after four treatment sessions can be dramatic, leading to better fitting clothes and a slimmer appearance. You will be able to enjoy those benefits for an extended period so long as you stick with a healthy diet and active lifestyle.

In addition to its stomach flattening abilities, EMSCULPT has been touted as the nonsurgical buttock lift due to its ability to tighten and sculpt the backside. It is not unusual to find your buttocks begin to droop over time as the gluteal muscles become lax and out of shape. EMSCULPT can reverse those changes, toning the gluteal muscles to create lift and firmness in the backside once again.

Some women are not happy with the shape – or lack thereof – of their buttocks, lamenting the fact that Mother Nature didn’t bless them with the bodacious booty other women like to flaunt. In an age where more is more on the backside, lack of curves can create a confidence crisis. By working the glutes through EMSCULPT treatments, we can buff up the buttocks, creating the curves you never had before but always wanted. 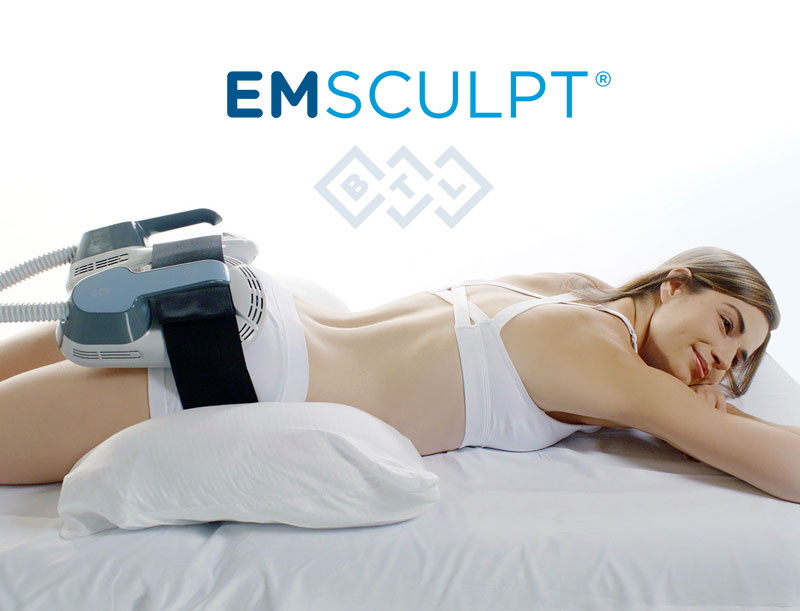 IS EMSCULPT RIGHT FOR YOU?

Dr. William Ting has long been a key opinion leader in Northern California in the area of excess sweating or hyperhidrosis. As a board-certified dermatologist, he has a keen interest in offering comprehensive therapeutic options for hyperhidrosis. Dr. Ting specifically recommends against a surgical approach because the risk of eventual compensatory hyperhidrosis is nearly 100%. Instead, he offers miraDry, which does not cause the same side effect. 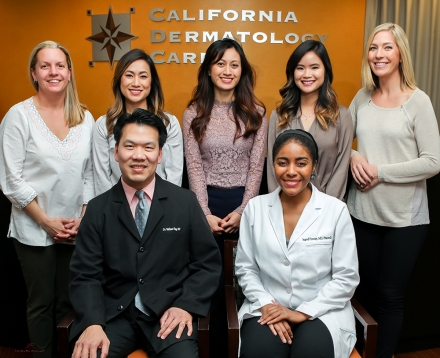 PREPARING FOR YOUR TREATMENT 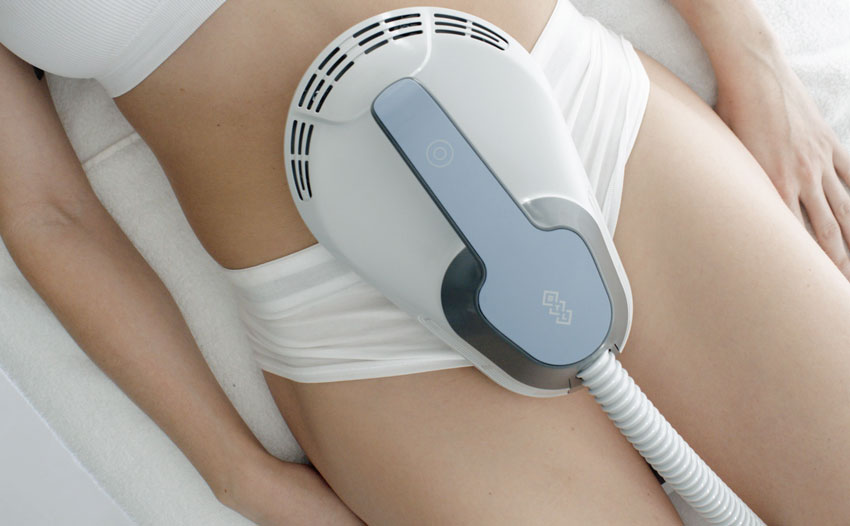 When you choose a nonsurgical approach for your body contouring, such as EMSCULPT, you don’t have to do anything to prepare for your treatment. There is no reason to stop any medications you are currently taking, and there are no prescriptions to fill before your appointment. Side effects from this procedure are general soreness in the treatment area, comparable to what you would feel after a vigorous workout. Other risks or side effects are not a concern with this treatment. You can come in for your consultation and even experience your first EMSCULPT session during the same appointment!

When you undergo the EMSCULPT treatment, you will assume a comfortable position on the treatment table that allows easy access of the device to the treatment area. The device will be attached to your midsection or backside, and the level of intensity will be selected based on the amount of correction you need and the results you hope to achieve. You can relax while the device does the work of stimulating the muscle contractions that will sculpt and tone your body. The session will last about 30 minutes, and while it can be intense, most patients find it to be very tolerable.

AFTER YOUR EMSCULPT PROCEDURE

When your EMSCULPT treatment is over, you can return immediately to work or other daily activities. You might notice changes to the treatment area right away, but rest assured those will not be your final look. We recommend a series of four treatments, spaced two or three days apart, to achieve an optimal outcome. This schedule is the protocol advised by BTL, and we have found it does indeed give our patients very satisfactory results.

Because the procedure works by tightening up the muscles in the treatment area, you will see your contour continue to improve in the weeks following your appointments. You may see positive changes for as long as six months after your last session. Noticeable benefits might include:

While EMSCULPT is designed to produce results, your outcome will also be dependent on your lifestyle and diet. Individuals that are active and maintain a healthy eating plan tend to see more dramatic changes and those improvements also last longer in most cases. While there is no set time for EMSCULPT results, most patients do schedule maintenance sessions periodically to touch up the treatment area and keep the favorable contour in check. However, some do find that by adhering to a workout plan after their treatment protocol, they can go for many months or even years before needing additional procedures.

EMSCULPT is a body contouring solution like no other, and it is now available at California Dermatology Care. Contact our office today at 925-255-1042 to find out if EMSCULPT is the right choice for you. 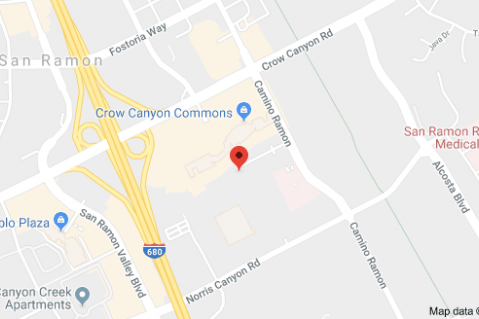